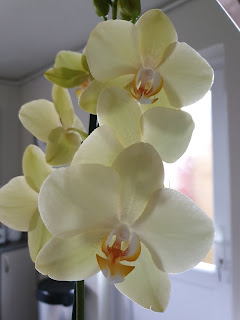 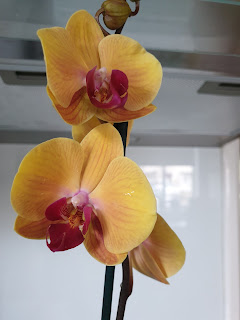 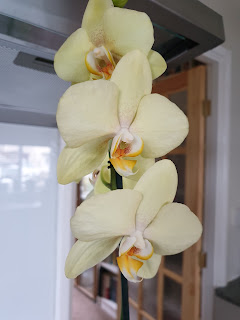 Well we went to B&M in Chippenham to get some new kitchen stuff and came out with these two beauties!!
Posted by D & D Carrington Photographers at 15:45 No comments:

January 2018
A little bit bare but tidy.  This was what we started with once Green Square had chopped down our trees at the bottom and a fence consisting of wood panels with concrete posts put up.

We found that we had about another 6 to 8 feet of ground that had not been touched for over 40 years.  Image Number Two shows the strip of land that runs from left to right along the back of the garden.  Right hand side is the path laid by Dave's Dad when he was here on holiday in 1972, made from pieces of limestone dug from the strip of soil in the middle of the image which covers the drain buried underneath it which carries the over spill of rain from Little Battens Park. Left hand side is the path started in 2017 after the fence went up. Top left hand corner shows the rise of the last piece of the reclaimed land just below the fence.  At the top of the image is the Buddleia which was planted between the trees which were chopped down and had been stood on by the workmen.

Image number three, shows the same piece of land from the other side.  Left hand side is the path laid by Dave's Dad middle has the bird bath in the middle right hand side the path laid after the fence was erected and the concrete footings and wood panelling of the fence itself.  At the bottom of the fence was placed pieces of surplus wood which came from the roots of the Christmas tree which had been pushing up the concrete slaps visible 3/4s of the way up the image. 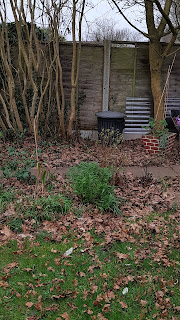 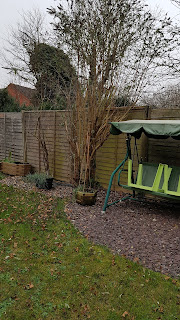 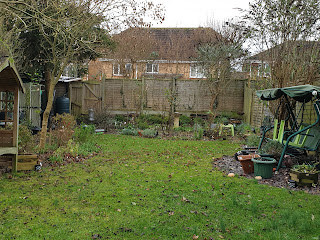 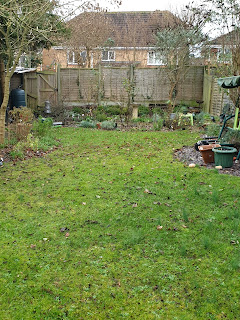 Posted by D & D Carrington Photographers at 15:35 No comments:

Promote your Page too